Nintendo IRD did the development and marketing of the Nintendo 64. It was named Nintendo 64 because its CPU was 64-bit. The gaming video console was used between 1996 to 2002, and there were five generations of this video console. From June 1996 to March 1997 it was supplied to various continents and countries like North America, Europe, Australia, and Japan.

Over thirty-two million N64 consoles were sold since it was released and when its manufacturer and distribution were terminated. However, if you still love playing N64 games like Super Mario 64, you can by the use of an emulator.

There are very many Nintendo 64 emulators that you can use, but they do have some differences. So, if you have been looking for an emulator that will enable you to play the N64 games, then you will get to know about the best in this guide.

Note: Don’t forget to tell us what’s your preferred emulator and your favorite game in the comments sections. 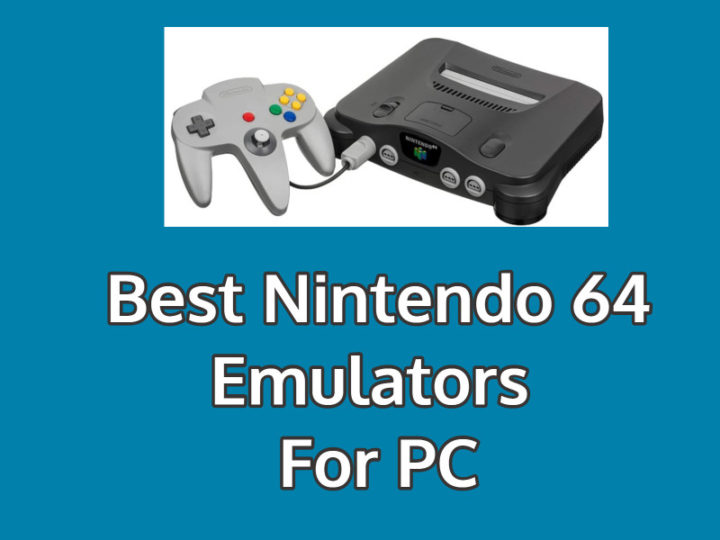 The following are the best N64 emulators for Windows 10 you can download for free.

If you are looking for a Nintendo 64 emulator, consider checking out Mupen64Plus. It is among the best N64 emulators. You can use it on your Windows, macOS, or Linux PC. Also, you can download it for your Android device. For you to enjoy the N64 games, it is best if you download this emulator. You can get more information about Mupen64Plus by visiting there official website.

To download the latest Mupen64Plus version, tap on this link and get to download it to your device.

It was first released on 26th May 2001, but the stable release of Project64 was on 23rd January 2017. Project64 is available in English, which means you must have a good grasp of the English language to use this software.

You can either install Project64 on your Windows PC or download it to your Android device from Goggle Playstore. According to many users, they prefer how it runs hence among many gaming enthusiasts; it is the best Nintendo64 emulator.

Project64 supports multiplayer, and you can adjust the aspect ratio, which doesn’t affect the quality of the video game.

Do you own a macOS device? Do you love playing Nintendo 64 games? Then here is an emulator that you can install in your Mac PC and play games like;

There are many more games which you can play in. Visit this link and see the best N64 games that are best to play using Sixtyforce. For more information about Sixtyforce, click on this link to visit their official site.

When it comes to searching for the oldest N64 emulator, then no need to continue because 1964 was the first released in 1999. It is only compatible with Windows operating system. For high-quality videos, 1964 has Rice Video or Glide64 plugins to increase the resolution texture of the video game.

Storage: Requires your PC to have a RAM space of 512MB

With many Nintendo 64 fans, you can still play the game on your Android device. It brings back the memory of playing the cool N64 games. Your Android device should be version 4.0 and above. Which makes it available as most Android devices in the market currently are above this Android Version.

You can download its APK from different sources. However, you need to activate the “unknown sources” setting before you install it on your gadget.

All of these emulators are some of the best N64 emulators you can download. Thank you for reading this post. Please share it with your friends. Leave a comment, and we will quickly respond. We recommend using the first Nintendo64 emulators for all Windows 10 users.